Jay Bothroid came to Japan with a hunger.”J-League is not easy.” 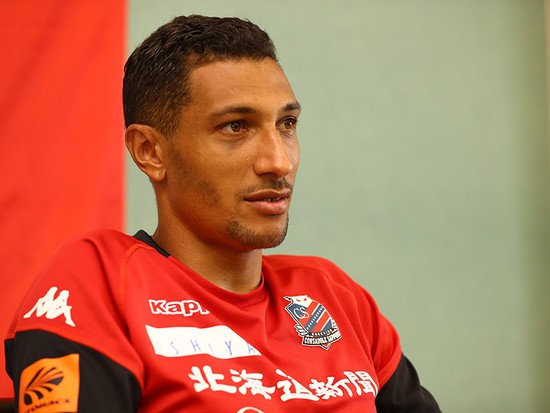 Jay Bothroyd playing as a striker for J1 League club Hokkaido Consadole Sapporo Although it was just a single friendly match, Jay Bothroyd considers playing for England as his highest honour.

"It's obviously the biggest achievement of my career," he says. "It wasn't only great for me but also my family and friends, they were delighted. I was so honoured"

In 2010, Bothroyd was playing well for Cardiff City in the Championship and scored in six consecutive matches in the autumn. Fabio Capello, the then-England national coach, sent his assistant to watch some league games.

"I knew Franco Baldini, Capello's right hand man, was in the stands for those games, and I was fortunate to score goals when he came. I was very happy just being called up for preliminary squad with 30 players or so. It was for a friendly match against France."

At that time, he was happy but did not expect much because lower league players are seldom called up to the final team from the preliminary squad. With that in mind, he went to watch a boxing match, David Haye against Audley Harrison, and then got a text message: "You have been selected for the England national team".