Striker Jay Bothroyd lives calmly in Hokkaido. “Japan is lovely. sometimes I get confused though.”

Jay Bothroyd interview
■Part 1■
"It was one of the best decisions of my career."

This is what Jay Bothroyd said of his move to Japan in 2015. As usual, the tone of his voice was clear and slightly high. The Hokkaido Consadole Sapporo striker then smiled, raised his eyebrows and the corners of his mouth, and shrugged softly - habits of his when he answers questions - as if to confirm he is not lying. 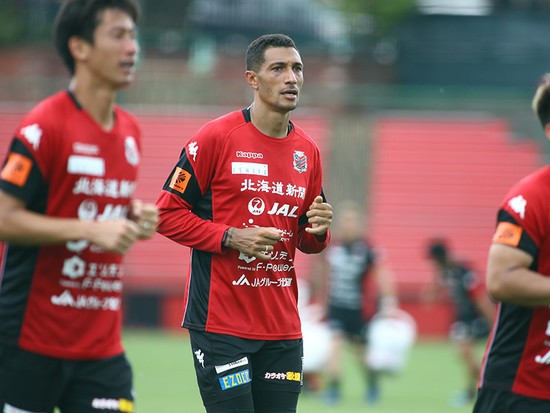 Jay Bothroyd playing as a striker for J1 League club Hokkaido Consadole Sapporo "Because for me it is very good experience - I've enjoyed my football and living here. These have made me a better person."

It's the beginning of August 2019 in Sapporo which has been hit by an unusual heatwave by the standards of Hokkaido. Before the interview, during the team's training under the harsh sunshine, Bothroyd's interpreter Harry Bissell told me wryly of that "it's unbelievable weather". Once the training had finished Bothroyd also came over to me and said, "it's hot!"

"It is, but I am happy today because I can finally have a proper interview with you after some conversations in mixed-zones," I replied. "Me too," Bothroyd said as we shook hands. After entering the dressing room and taking a short time to shower and get changed, Bothroyd appeared in the interview room right on time - just like a Japanese man. Maybe this is one of the reasons Bothroyd thinks he has become a better person.