Yuzuru Hanyu evolved rapidly and turned his eyes to the top of the world in 2012. 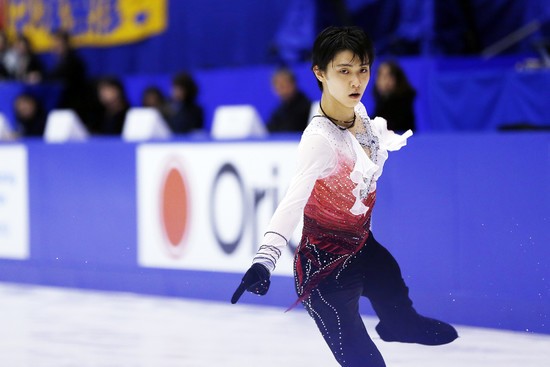 Yuzuru Hanyu won the All Japan Figure Skating Championship 2012. Yuzuru Hanyu transitioned to senior figure skating in the 2010-11 season at the age of 15. His initial goal was to catch up with and then overtake the Japanese skaters competing at the top international level.

Hanyu, who was chasing after them, finished second in the 2011 Four Continents Figure Skating Championships in his first season as a senior, and the following year he came third in his first appearance in the World Championships. The Japanese boys really showed their momentum at the 2012 Grand Prix Final, with Hanyu, Takahashi, Kozuka, and Tatsuki Machida qualifying for four of the six available spots.

In this tournament, the short program was a close battle in which first -placed Takahashi, second-placed Patrick Chan, third-placed Hanyu, and fourth-placed Kozuka were crowded within a point difference of just 5.90. Javier Fernandez of Spain, who was a practice companion of Hanyu, also demonstrated superb skating and became the first person in six years and only fourth person ever to complete three quadruples without any mistakes. He acquired 178.43 points in the process, making a total of 258.62 and raising the standard substantially.

Under such circumstances, although Hanyu made a mistake on a quadruple Salchow, he still gained a personal best score of 264.29 points. Takahashi also stumbled, but with a total of 269.40 points - he became the first Japanese man to win the Grand Prix final.