Yuzuru Hanyu talks about the difference between two Olympics he won the gold.

The story of Yuzuru Hanyu
"To win the Olympic games" #05 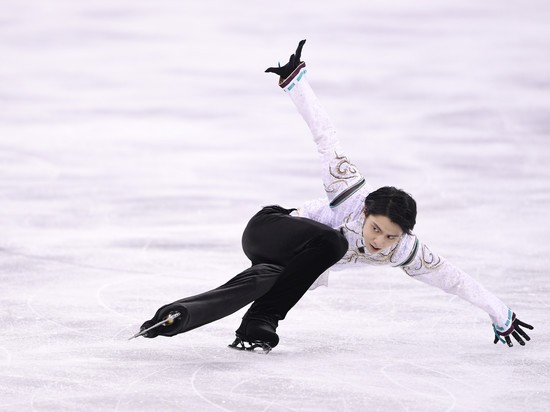 "Should I do the same tomorrow?"

In the short program, everything was well controlled, comprising of compositions, jumps, pace, and edging. Hanyu's score was 111.68 points, just short of a new record. When I asked for his thoughts on the performance he replied, "I felt everything was calculated and calm".

The next day, Hanyu was to perform the free skate with consecutive Olympic gold medals in his sights.

Being conscious of the sharp sounds and starting the skate calmly, Hanyu succeeded with his first jump, a quadruple Salchow, which he had failed to cleanly execute in the training beforehand. After gaining the full three GOE points for his initial jump he did the same with the next quadruple toe loop and beautifully executed a triple flip with no stress.

"I was sort of care because I was worried about the Salchow in the six-minute training... Anyway, I thought that if I could land the Salchow, I could jump in the latter half with similar feelings from the earlier half. Above all, as I have done the Salchow, toe loop, Axel, and triple jumps for many years, my body remembered them. However, I feel grateful to my right foot, because the Lutz with my right foot is the most difficult."