Yuzuru Hanyu awakened his ability for the Sochi Olympic. “With all my best always” 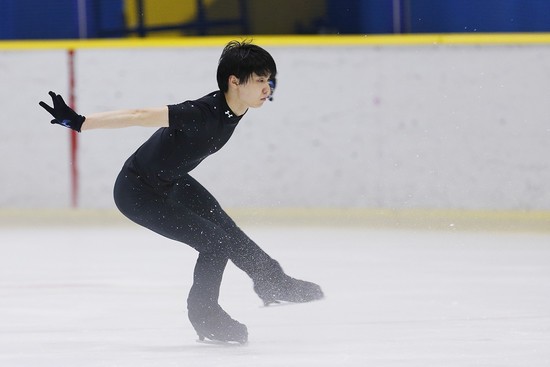 Yuzuru Hanyu practicing at Sendai in 2013. "As a figure skater, I am fortunate that I was trained to jump focusing on neat landings when I was young."

Yuzuru Hanyu talked about his jumps ── the skill which has been the driving force behind his improvement.

His first major weapon was the triple Axel. "This is the jump I've coveted the most, and trained the most in terms of quality and quantity," Hanyu said of his favorite jump when asked after the World Team Trophy in 2017 about the possible components he could add to make a quadruple jump five in the free skate.

"I love the triple Axel so much more than you might think," he said. "I like figure skating so much because of the triple Axel. I wouldn't have won the All Japan Novice Figure Skating Championships without it, nor could I skate with the confidence I have now. That's why I don't want to omit the triple Axel."

After improving his triple Axel and winning the World Junior Championships in 2010, Hanyu focused on mastering the quadruple toe loop, saying "I sometimes trained that jump all day in Sendai." At the NHK trophy in the same year, his first senior Grand Prix series, he successfully executed the quadruple toe loop. At The Four Continents Figure Skating Championships in February 2011, he finished second.