Yuzuru Hanyu shows the will of the Olympic champion after unexpected accidents.

The story of Yuzuru Hanyu
"To win the Olympic games" #03 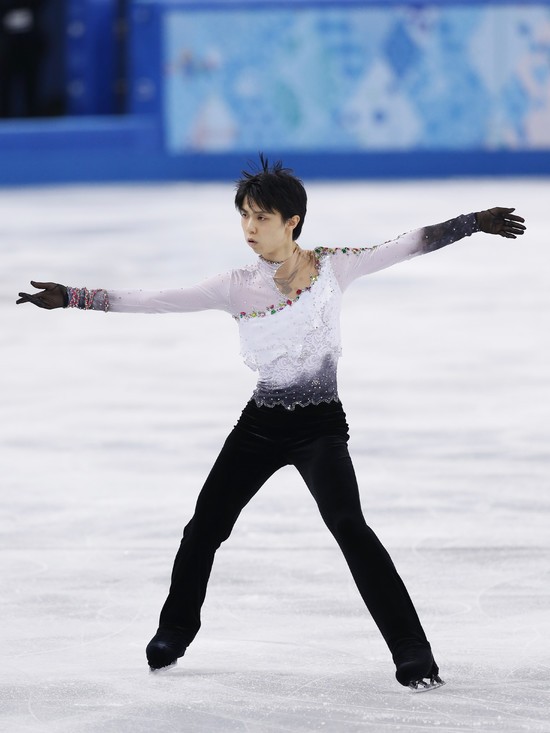 At the Cup of China in November, the first competition of the Grand Prix series, Hanyu started in second place for the short program. In the six-minute practice just before the free skate, he collided with Han Yan of China who was skating backward to jump. As a result, Hanyu was diagnosed with a contusion of the head, lower jaw, abdomen, and left thigh, and also suffered a sprain to his right ankle, all of which would require two to three weeks recovery.

Hanyu insisted there was no concussion though, and participated in the free skate, achieving a second-place finish. He then competed in the NHK Cup three weeks later, and although he finished fourth that left him sixth in points overall and meant he advanced to the Grand Prix final, at which he secured consecutive titles.

It was a period in which he continued to show his tremendous spirit.

Even though Hanyu won the Grand Prix final for the second year in a row, his trials continued. Right after winning the Japan Figure Skating Championships for the third consecutive year at the end of 2014, he was admitted to hospital because of intermittent abdominal pain and was diagnosed with residual urachus, for which he underwent surgery. This required two weeks of hospitalization and one month of rest, then immediately after resuming practice in February of the following year he sprained his right ankle and was forced to rest for another two weeks.