***After this interview, Krzysztof Kamiński lost his place at Jubilo Iwata and eventually left the club for his home country in February 2020*** 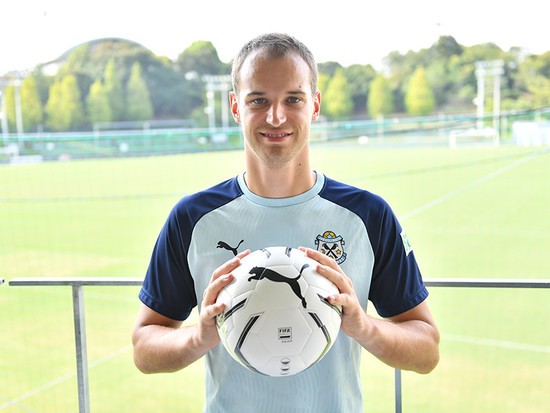 Why has Poland been able to consistently produce such good goalkeepers?

There are many Polish keepers playing regularly for prominent European clubs, including Wojciech Szczęsny at Juventus, West Ham's Łukasz Fabiański, Bartłomiej Drągowski of Fiorentina, Łukasz Skorupski for Bologna, and Union Berlin's Rafał Gikiewicz. Also, looking back a little further, one of the heroes of Liverpool's famous Champions League triumph in 2005 - the so-called 'Miracle of Istanbul' - was Jerzy Dudek, another Polish keeper who saved Andriy Shevchenko's double blitz in the final minutes and then made great saves in the penalty shootout, inspired by Liverpool legend Bruce Grobbelaar.

In the J-League too, Kamiński was first choice for Jubilo Iwata for several years, while his compatriot Jakub Słowik immediately became the No.1 after transferring to Vegalta Sendai in July 2019.

That's why I asked the question. Kamiński honestly replied, "not sure", before considering the matter with me - leaning forward a bit and sitting straight, staring with cobalt blue eyes, as he continued to speak.