Yuzuru Hanyu appreciates the improvement of his rivals. “It raises my limits” 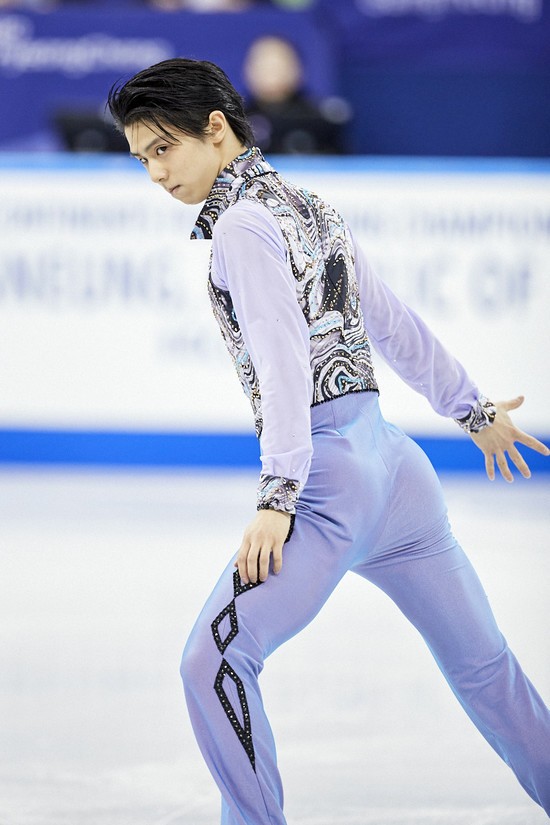 Yuzuru Hanyu at the Four Continents Figure Skating Championships in 2017. It was during the pre-season ahead of the PyeongChang 2018 Olympics that Yuzuru Hanyu, who had competed on the world stage since his teenage years and had faced many senior rivals, felt younger skaters were on the rise.

In 2015, Jīn Bóyáng (China) successfully performed a quadruple Lutz + triple toe loop, opening the path to the era of difficult quadruple jumps. And then, Nathan Chen (United States), who had been praised since he was junior, followed suit and scored 197.55 points in the free skate on his debut at Grand Prix Final in 2016. He managed to execute four quadruple jumps of three kinds ─ Lutz, flip, and toe loop ─ and finished second just behind Hanyu, having come from fifth in the short program.

At the Four Continents Figure Skating Championships in 2017, which was regarded as the pre-tournament for PyeongChang 2018, Chen performed strongly with five quadruple jumps of four kinds. Although his points in the free skate were slightly short of Hanyu's, Chen managed to maintain the lead he made in the short program and won his first senior title. 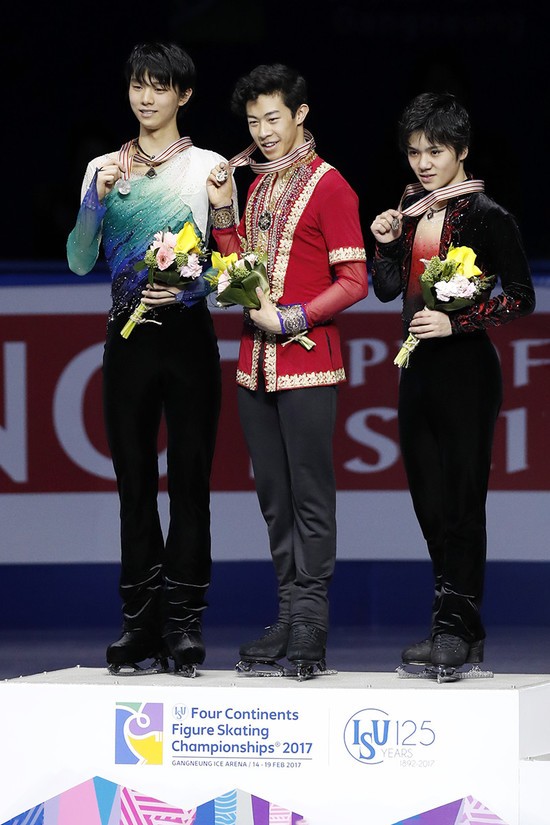 In the short program, Hanyu executed the first quadruple loop with 2.29 Grade of Execution (GOE) but failed the following jumps, including a Salchow. That left him third with 97.04 points, behind Chen and Shoma Uno who had both scored more than 100 points.