Yuzuru Hanyu awakened his ability for the Sochi Olympic. “With all my best always”

In the next season, he included the jump in his short program as well. At his first World Figure Skating Championships, Hanyu twisted his ankle badly in the short program and was ranked seventh before the free skate. In his free skate, however, he managed to successfully perform both a quadruple toe loop and a triple Axel with additional Grade of Execution points, earning the second-highest score, just 2.71 points behind Patrick Chan and finished third.

In the 2012-13 season, Hanyu moved his base to Canada. Whereas many others included a quadruple toe loop twice in the free skate, he instead challenged himself to introduce a quadruple Salchow into his program. 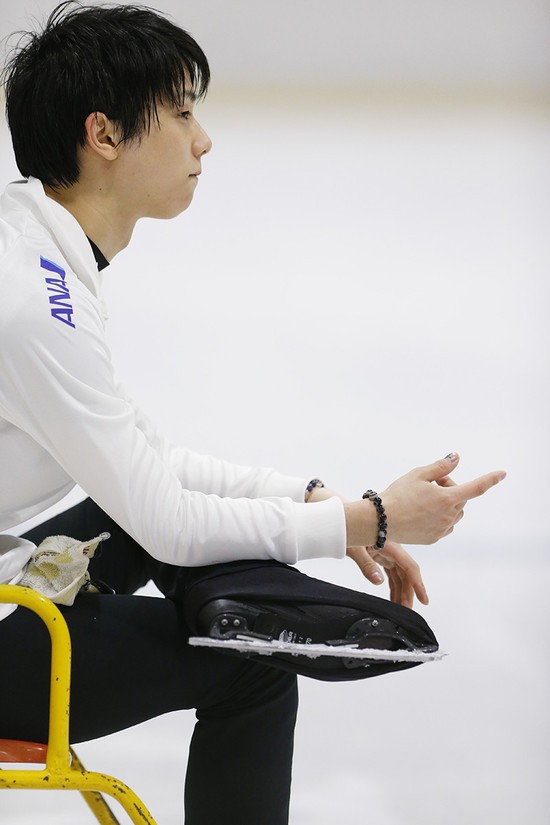 Yuzuru Hanyu practicing at Sendai in 2013. Hanyu decided to do this because he sensed that the World Figure Skating Championships in 2012 marked the beginning of an era of different types of quadruples.

Hanyu won his first competition of the 2012-13 season, the Finlandia Trophy, after neatly completing two quadruples. After that, however, he failed quadruples again and again at the following tournaments, and the results were unconvincing. With that in mind, he aimed to complete it successfully in the season of the Sochi Olympics.