Yuzuru Hanyu is a man of his word. challenges are his principle. 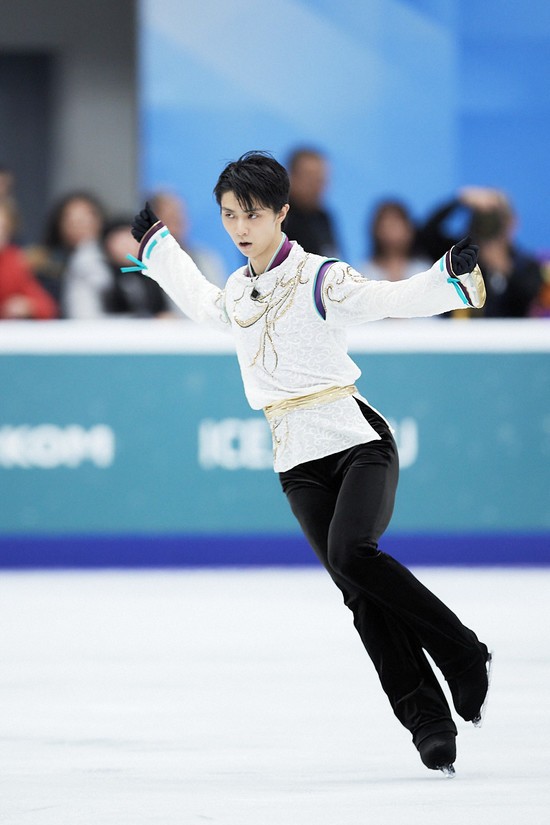 Yuzuru Hanyu at the Rostelecom Cup in 2017. At the Autumn Classic International, his first competition of the season, Hanyu learned that "things which I can't give maximum energy to ruin my concentration." Having removed a quadruple loop in the competition due to a knee injury, he was too focused on his jumps in the latter half of the free skate. It seemed as though Hanyu had analysed the daunting situation but that his focus was lost as a result.

When skaters attempt more difficult programmes, they can adapt things if they don't work. It seemed as though Hanyu wanted to challenge himself as early as possible in order to get a feel for that.

"To keep my concentration, I want to try a composition in which I can show my ability as much as possible. In other words, a programme in which I want to go all out."

As this shows, challenges are Hanyu's principle.

"Finally, I feel my body is ready for the composition, and I am looking forward to it," he said. "But now I should think about each individual competition, rather than thinking of it as the start of the season of the Olympics. In this competition (in Russia), I think a quadruple Lutz or the short programme would gain attention, but I should instead concentrate on the things I can do in training for the free skate. I also need to adjust those things that don't go so well and keep aiming ahead."