Yuzuru Hanyu goes to the next stage as a gold medalist after 2014.

"I think maybe I won the gold because of my performance in the short program, and I am not at all satisfied with my free skate. As an Olympic medalist as well as a young skater, I will work hard to create a new era. I want to be strong." 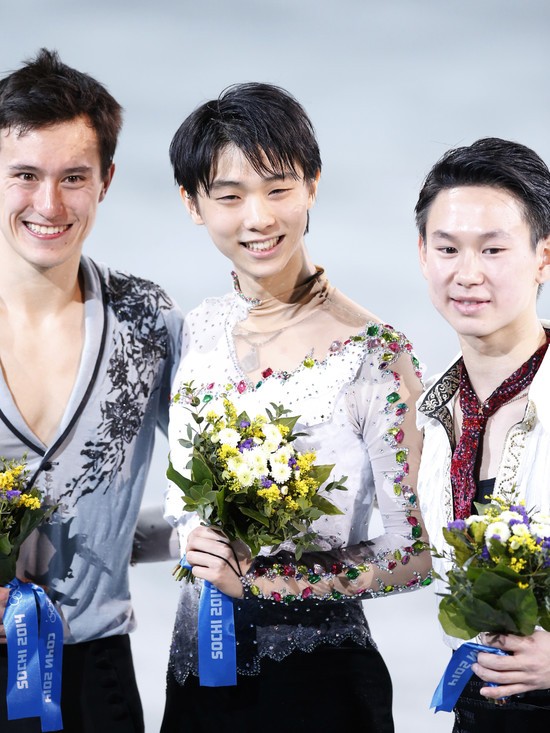 Hanyu won the gold at the 2014 Winter Olympics in Sochi Though Hanyu recalled the individual event in this way, the points difference between him and runner-up Patrick Chan increased from 3.93 after the short program to 4.47 after the free skate. However, if you looked closer, he must have felt as if he was skating on thin ice.

Indeed, Hanyu seemed to despair when he saw the 178.64 points for his free skate, moving him up to 280.09 points in total. In the mixed-zone, he even commented that "there is no chance to win". On the contrary, Chan, who was waiting to perform immediately after Hanyu, should have been more conscious of the word 'triumph'.

Chan, who came fifth in Vancouver 2010, would win the individual event if he could add 182.58 points for his free skate. Before the Olympics, he received more than 190 at Trophy Eric Bompard and the Grand Prix of Skating Final, so the odds appeared to be in his favor.

Perhaps because of this situation, however, the 'Olympic devil' attacked him. If the skating order had been different, the result may very well have been so too.